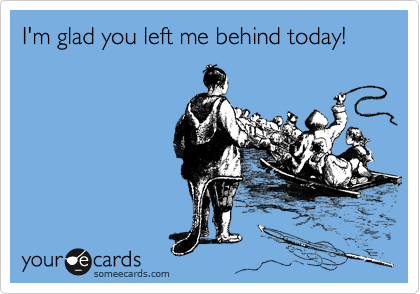 The final project of the my undergrad career. It’s been a wonderful journey and a blessing.  What better way is there to end my undergrad than speaking on the community that made me. Dr. Andie Silva explained the project and I immediately thought of Far Rockaway. Far Rockaway far away from all the boroughs, despite being part of Queens. Far Rockaway is closer to Long Island then any other part of Queens.  Far Rockaway is a small community containing about 60,000 residents according to census reporter. I lived in this community for over 20 years and 60,000 seems to big of a number. I learned in sociology that environments have a big effect on you and with DH I wanted to show how. I chose google maps as the platform because it was the only way for me to show people how small the peninsula. My target audience were people from the area. I felt that since I was recently introduced to google maps, many others I presumed wouldn’t know about it. Since there is so much I wanted to speak about I wanted to gather others from the community.  A platform that I am familiar with is soundcloud. I wanted to do a cool looking project like Jessica did but I felt content might of been lost. I wanted to have my podcast play in the background of google maps and I would hoped the map could moved by itself in a way. However I placed pictures on the maps and starred location in which the podcast was going to address. I disliked the transition on google maps from layer to layer so I hoped the podcast make up for the mundane transition.

After a small research I found out that Far Rockaway was predominantly white prior to WWII and after the flood of immigrants the peninsula lost its value. According to census reporter  50% of the community is now African American. Far Rockaway is undergoing gentrification after the hit of Hurricane Sandy and residents are now watching the transition and improvements in the city. However I wanted to focus on Far Rockaway  prior to Hurricane Sandy. The biggest point of my project was the precincts surrounding our community. I was always intrigued why a small peninsula needed so much law enforcement. Michel Foucault (Greatest french philosopher)talk about a principle called panopticism where in order to control a behavior keep the occupants other constant surveillance. My community has been caged and I couldn’t uncover who the actual watchmen. The police were there when I went to school ,home and the library. Foucault talked of this principle similar to a the prison effect. The occupants feel like there being watch even when they aren’t.

I learned from other students’ projects about how MTA is an NYC dilema. Far Rockaway has only the A train that services the whole area. This is a big problem for students deciding what High school they want to attend. Since Far Rockaway High School was the areas only zone school. Teens found it overwhelming and tiring take different trains in the morning to school. When your options are limited only few teens wouldn’t mind taking numerous trains to school.

In the podcast, we discussed about how many fast food spots we had compared to grocery stores. The ratio is about 6 to 1. We live in community where as nutritious diet is not mentioned but fast food crowds our environment. I truly lacked the depth to point out that this community is a trap for its black residents. The jewish people we spoke about have their own community down the road that’s completely  different from ours. We spoke briefly about how half of the community are African Americans but less than two percent of the business in the community are own by blacks. We make up the majority but barely control the minority of the peninsula. The business are not run by us, the schools does not represent us whether it is in the staff or curriculum. We wanted to go to each precinct and ask how many African Americans officers work in each of our precinct but none of the other residents felt comfortable enough to do so.

I learned from this, I plan on doing more and more podcast with my free time since I am graduating. My problem in my community aren’t bigger or smaller than other persons community problem. I am happy we all have voice to make others aware I really admire the digital era and kinda wish I could of enjoyed DH as high schooler. I learned the many different avenues we could take in relaying information on the web. I don’t see me using much of story maps or google maps but I will sure recommend it to others still in school. I learned that other residents are just indifferent to the structure of their city.