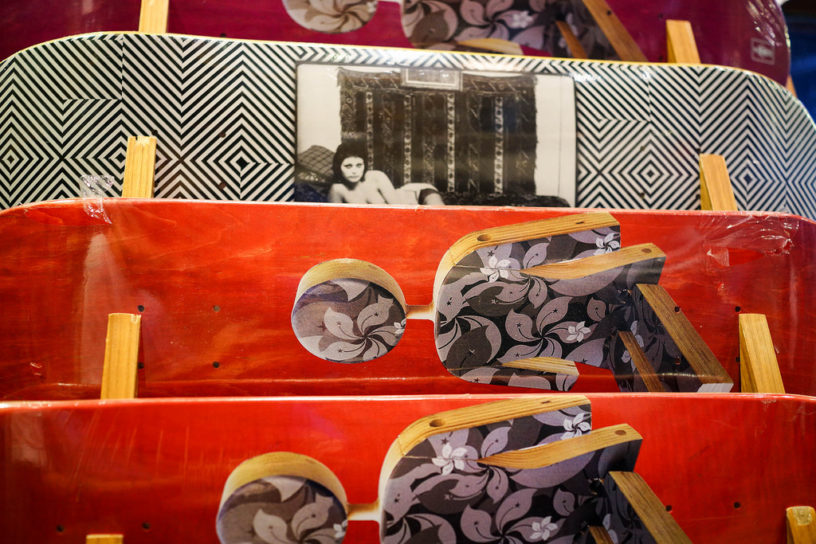 My project is exploring New York City spaces as they pertain to skateboarding. The space I chose to document is called “The Brooklyn Banks,” and it’s a skate spot/skate park underneath the Manhattan side of the Brooklyn bridge. At first I wanted to document multiple spots, but due to time constraints I decided on the Brooklyn Banks. The reason I decided to document this space is because it is extremely special to me. When I first started skating at 13 and started getting better, I went to the Brooklyn Banks every weekend. I would take the train from the Bronx all the way to Brooklyn Bridge City Hall and skate to the banks. I would buy a sandwich and a soda for lunch, eat, and spend about 6-7 hours skating with my friend. My whole project is basically about how spaces like the Brooklyn Banks seem like normal/average places to just walk by to the average New Yorker, but that they’re historical and extremely significant to skateboarders. So, a place like the Brooklyn Banks is special and should be more visible to people who don’t skate. I feel like everyone can gain a deeper appreciation for the city of New York in general if they learn new information about places that they just walk by without thinking about.

The tool I selected to explore my idea was Instagram. I think it made sense to use Instagram because there is a good audience there for me. I can attract skaters and non-skaters alike. I put the profile picture as my skateboard because it’s an extension of me and has skated tons of different spots. I see it as a way to make a connection between myself and what I’m talking about. The google doc in the bio is the works cited info, and has some introductory information. I did this to organize things a bit more. I also made my 1 post into several different posts in order to neatly organize information. I also put emojis in my bio to make things more friendly to attract people, as well as put a small description of what the page is about. I also made sure that all my posts had alt texts for people who are blind or who have trouble seeing. The only post I couldn’t put alt text on was a video, because Instagram wouldn’t allow me to do that. I changed the name about three times and I’m still not sure about it, but I will keep it for now.

The first entry on my Instagram has two pictures of the Brooklyn Banks and it basically introduces what the spot is and how iconic it is. I talk about why the spot is historic, how it came to be historic, and how it’s now shut down. I also explain that the spot is special to skaters because skaters of all walks of life have skated the same iconic spot. In my second post, there is a video of Mike Carroll skating the banks. Mike Carroll co-founded one of the biggest skateboarding brands of all time, Girl Skateboards. Basically, I explain that the banks were so iconic and historic, that people like him wanted to skate it. I’m basically explaining how the spot gains prominence through ads, videos, photos, and pro skaters. In the fourth post, I’m showing an advertisement from Spitfire wheels that dropped for fall 2018. I’m showing how even though the spot was shut down, pros and companies have still kept the spot alive through unseen photos and footage. Basically, the spot will always stay relevant because skaters won’t always know the different things people did there because there’s so many different pro skaters that there’s just too much footage and too many photographs that are unseen by the public. The spot always stays fresh even when it’s closed down. I want each person to gain some type of knowledge and understanding of the spot itself with every post. I want people to know that these spots take years to get reputations, or sometimes a few days.

Overall, I think the project was really fun. I enjoyed researching things I was interested in and talking about them in depth. I can honestly do a whole four-hour lecture on things about skateboarding. I learned that it isn’t so easy to try to get people who don’t understand skateboarding to fully understand skateboarding culture. It’s really hard to talk about. It’s sort of like explaining basketball to a person who has no idea what the game involves. I also faced the time constraint. Between all my classes, and the work I had to produce for each one (including this one), I was not able to do five different spots. However, I was able to post about one spot five different times in order to make this one spot the focus. It was hard to figure out how to start this project and how to organize to get the best work possible. I also couldn’t place the Brooklyn Banks on the Instagram map like I originally thought because the Brooklyn Banks isn’t a place like a restaurant or a famous city landmark. So, Instagram is kind of limiting in terms of where I can say a place is. After this class is over, I will definitely be updating the page and will continue to update it. I even made friends with a guy from Scotland who skates because of the project. We will probably skate together the next time he comes to New York. It was one of the best projects I’ve ever done, and I’m glad that the class allowed me to do a project based on skateboarding. I’ve always wanted to do something involving skateboarding and academia, but I wasn’t sure what to do. Exploring spaces was the perfect way to explore skating and try to help people who don’t understand it to understand it somewhat through spaces. I want to encourage people to skate and to see it as something special, like how I see it.