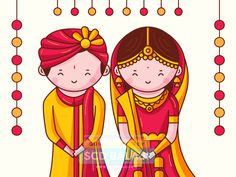 Football (soccer) is a unifying sport. As is seen with the World Cup every four years, people from all over the world watch football matches, rooting on their teams with excitement and fervor. I have always been a huge football fan, especially for the Arsenal Football Club, which is based in North London in the United Kingdom. When I moved to New York City in 2016, I missed the camaraderie that I was used to with my group of friends and family back home. Sort of randomly, while I was following some Arsenal bloggers online, I found out that there was a huge community of Arsenal fans who liked to watch every game together in the Blind Pig. The Blind Pig is a sports bar located in the East Village neighborhood of Manhattan, New York. Because it was so close, I was excited to be a part of that experience. I decided to showcase the different people of the blind pig who love Arsenal as much as I do because I wanted to show that people come from all over to enjoy this sport. I was particularly eager for this project to occur during the north London derby match between Arsenal F.C. and Tottenham F.C. because this is one of the biggest matches of the season as they are rival London teams.  This sports bar is situated right in a very commercial neighborhood while also being able to attract a good number of people on the weekends.  I chose to document the showing of this game for my project because football as is a big part of me and I wanted to share with the class some of the experience. Football is slowly, but surely gaining popularity in the United States and I think it will be competing with basketball and American football for one of the most watched sports here in years to come.

I also chose the Blind Pig because it offered an electrifying game experience. As the north London derby is a very big match, I knew it would draw a large number of people for me to document the extraordinary experience. I also wanted to share with the class how passionate people are about football and how they go all out to show their support for their teams.

To showcase my project, I originally was using the argis story maps, but I was having major issues with formatting my videos, so I decided to use Instagram instead. Although Instagram did not allow for enough customization, it allowed me upload my media with ease for this project. Because I talked to quite a few people at the match, I decided to use the style of the famous Humans of New York Instagram page. Like that page, I used images,  videos and voice recordings taken from the match viewing to showcase the many people of the Blind Pig, which is where I got the name. There was no color customization necessary for this project as I could only use Instagram’s basic layout which still worked perfectly for this style. I used some hashtags on my videos and some of my photos to connect to the larger Arsenal and football community on Instagram. I made sure the selected hashtags were relevant to arsenal or arsenal fans. One of those is arsenalfantv which is a youtube channel run by arsenal fans. They attend every match and conduct interviews with analysis and post them online.

To add to this Arsenal community on Instagram, I decided to post a voice note of a fan I met at the match viewing. His name is Ashley and originally from Australia. He is a software developer who came to New York to interview for a position that he accepted the day before the match. He explained that he grew up watching Arsenal games in Australia because it was the only match that was usually shown, and because Arsenal was dominating at the time, the one match being shown on TV was always an Arsenal one. During our discussion, I learned how difficult it is to watch matches in Australia because of the time difference. The matches happen to come on in early hours on weekends which makes it very difficult to watch but he wakes up every match day just to see the games. Because he is such a devoted Arsenal fan and he is moving to NYC for work, he decided to find a place to watch the matches and meet other fans. Like me, he searched online and found the Blind Pig.

Another fan I spoke to at the blind pig happens to be another Nigerian like me, Chidubem. Chidubem lives in Los Angeles and flew into NYC just to experience the atmosphere at the Blind Pig. He said a friend of his visited New York sometime last year and had told him about his experience watching an Arsenal match at the blind pig and he too wanted the same experience. Chidubem was so passionate about Arsenal and he talked about how he started following the team after they signed a Nigerian player; Kanu Nwankwo.

I also have a video of viewers at the blind pig chanting in harmony with the fans in the stadium during the match. They were chanting for the newest signed player, Lucas Torreira, who has turned out to be a young and masterful addition to the squad. Because of his playing abilities, the fans have made a loving chant for him. The chant “Torreira whoa, he comes from Uruguay, he’s only 5 foot high”.

Through my project, I hope to show people how football can bring people of different communities together. The Blind Pig, because of its location, is in the perfect location to have people convene to share their enthusiasm for football and their team. Some challenges I faced while working on this project included not being able to use the original platform that I had intended on using. However, I learned that I am adaptable and I was able to use the media in a different way through Instagram. I also learned to step outside of my comfort zone a bit in order to interview strangers at this viewing, which was surprisingly fun.