Growing up in Queens 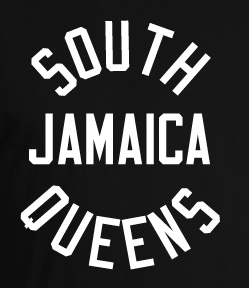 Growing up in South Jamaica in the early 80s and 90s I was exposed to a huge Hip-hop cultural movement. The golden age of Hip Hop refers to the mid-eighties up to the late nineties when Hip Hop, in this sense was about the rap battles and beat making aspect of it, was known and appreciated for its lyrical content which was called MCing (master of ceremony).

Two rap megastars from Queens appeared—Nicki Minaj and 50 Cent.   In fact, they are from the same neighborhood in Queens: South Jamaica. In the years to come, this fact may finally attract the attention of outside investors, scholars, and visitors, and begin the process of placing the contributions of Queens in a historical context.

Hip-hop dance, style, and attitude came along for the ride as well.  Fashion was represented in bright colors, big jewelry, and baggy clothes.  Hip Hop music in the 80s was about partying, sex, drugs and about being better than others.   The 80s was the time of the crack cocaine epidemic and was widely associated with black people, selling and taking drugs.

Earlier forms of music such as R & B became infused with Hip Hop during this time it matured and touched upon many social issues affecting urban areas known as ghettos, music talked about gang life, drugs, and how Afro Americans dealt with poverty and racism and the drug epidemic.

The music of this time, for those that grew up in that era, is timeless its hits and classic still being played, it’s unfortunate today’s hip-hop music doesn’t show appreciation of the craft that opened doors for current generations to flourish, so respect is overdue.