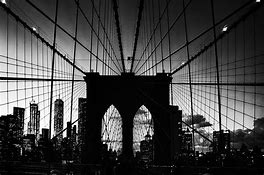 The project I chose to evaluate is “Black Brooklyn” developed by Christian Washington. The name of the project is called “Dare to remember; a digital memorial, Black BKLYN”. It’s of course hosted in Brooklyn. The projects purpose was to shine a light through some historical landmarks throughout different neighborhoods in Brooklyn. Areas such as Van Sicklen, Stuyvesant, Canarsie, Remsen, Bushwick, Flatbush. At the same time the website shows how black people back in the day lived in silence in these neighborhoods and went unnoticed. It shows images of how long black people been living in these neighborhoods and the form of connection they had to the neighborhood, but somehow, they didn’t feel as if they had any right in changing anything in their own neighborhood. It’s almost liked the blacks were the ones that were there first, but the whites are the ones that came in and took over everything building and replacing things in the neighborhoods. They basically did what they wanted, as if replacing what the blacks wanted. So, this project was created as a “Memorial” so that black people aren’t forgotten. In case black people are looking to find out history pertaining to these Brooklyn neighborhoods they can take a look at this page. It also shows images of pictures of black people who are affiliated with these neighborhoods back in the 19th century and images of black people who live and are affiliated with these neighborhoods now.

I do see how this project can potentially be biased seeing how it only focuses on black people and the borough of Brooklyn. It may cause non-blacks or people of other boroughs to not want to engage with the project because they may feel that they can’t relate or that it wasn’t meant for them. It frames information in a particular way because it doesn’t discuss all of Brooklyn just the neighborhoods that were based around blacks. If I had to recommend this project to someone, it would be the younger generation of black people to help them get a better understanding of history. As well as the significance of their race when it comes to the borough of Brooklyn.